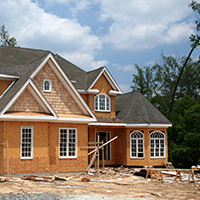 Builder Confidence in September jumped to its highest level since October 2015, as reported in the National Association of Home Builders (NAHB) Housing Market Index. The NAHB gauges builder perceptions of current single-family home sales and sales expectations for the next six months. The survey also asks builders to rate traffic of prospective buyers. All three components moved higher in September.

And according to NAHB chief economist Robert Dietz, limited inventory of new and existing homes for sale, solid job creation, and low interest rates are fueling demand for new construction.

Sales of existing homes didn’t meet expectations in August, but on the bright side, they did experience year-over-year gains. Sales of existing homes fell 0.9 percent from July to August, according to the National Association of REALTORS®. Yet Existing Home Sales were up 0.8 percent from August 2015. Likewise, the Commerce Department said that August New Home Sales declined from July but were a whopping 20.6 percent higher than August 2015.

On the home construction front, the Commerce Department reported that August Housing Starts fell 5.8 percent from July to an annual rate of 1.142 million units, which was below expectations. The South saw a decline of 15 percent, offsetting gains in the Northeast, Midwest and West. Starts on single-family homes fell 6 percent; starts on multifamily dwellings decreased by 5.4 percent. There was some good news: Housing Starts were up 0.9 percent from August of last year.

Meanwhile, Building Permits, a sign of future construction, were just below expectations at 1.14 million.

While tight inventory remains a challenge in many areas of the country, home loan rates continue to hover in historically low territory. This can help offset home price increases due to limited supply, and provides opportunities for people looking to purchase or refinance.